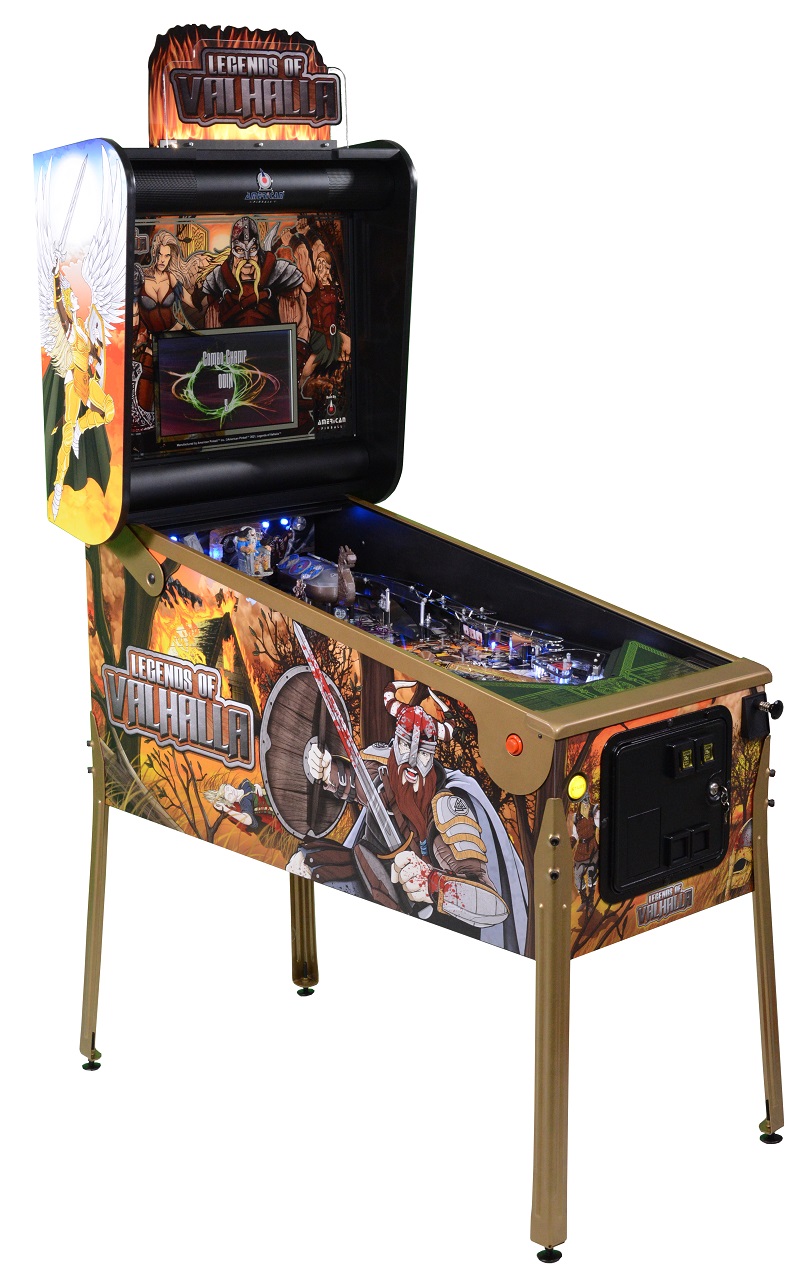 Are your skills sharpened for battle?

Legends of Valhalla, designed by Riot Pinball, is the 4th American Pinball title. Legends of Valhalla is an immersive pinball machine which brings the player into the world of the Norse gods and other Viking mythology. The game is a standard body design, utilizing three flippers offering a variety of fast and unique shots, including 3 metal ramps. The game rules have a variety of objectives that the player must either start or complete as they work their way through the game attempting to not only reach the wizard mode Valhalla, the majestic hall of dead Vikings, but also advance to the final epic battle known as Ragnarok, the super wizard mode.

Legends of Valhalla has 16 intricate modes programmed in the form of Viking legends for players to explore along with many multiballs and several mini features that are unlocked during specific actions while playing the game.

The game also exhibits a couple of fun playfield features such as the Kraken, which grabs the ball via a hidden magnet mounted underneath the playfield and flings it around in chaos. Also featured is a Viking ship where the player builds their army by locking balls inside to begin multiball play. Additionally, Thor's hammer, which is mounted on the back panel and activated by a 3rd flipper button, comes crashing down onto the ball which is held by a magnet just over the top lanes, simulating a dramatic lightning strike, adding to the gameplay experience.